The last time I did this was July 2013.  I figure it’s time to get the kids’ perspective on book covers once again because, well, it’s just plain hilarious.

So here’s the deal: I show the girls a book and ask them what they think the book is about based on the cover and title.  To see their responses from last July, go here.

What’s in a cover and title when you haven’t heard the hype? 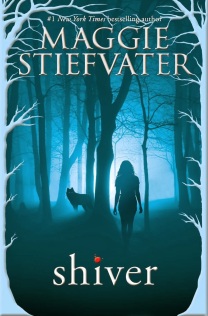 Emma: A girl runs away from home and goes to the woods and finds a portal to another world.

Elodie: A girl walks in the forest and meets an animal.  She tries to pet it and do lots with it, like talk to it and stuff.

Emma:  It’s a beautiful girl that kills people in secret.

Elodie:  She’s a pretty girl who kills monsters but then there were even bigger, more terrible monsters and she want more power to kill them so she killed a person while training and then she killed all the monsters!

Emma: I think it’s about a devil who is disguised as an angel.

Elodie:  There was a dead angel but nobody knew it and nobody knew how he was killed.  Then there were some people who found old stuff [a.k.a: archaeologists] who found the wings and knew it was an angel and figured out how he died.

And my new cover.  They’re somewhat familiar with the book, but based on the cover:

Emma: *Sighs*  When you know the story already you can’t think of it as anything but that.  It’s this girl who has power to go out of her body and…there you go.  You know the rest, Mom.

Elodie: There was a girl with another girl. One girl was dying and was losing her body and the other girl looked at her and was sad.  Can I play the Wii now?