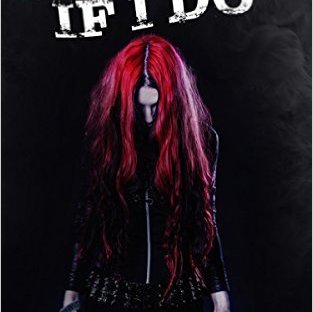 They killed my sister and infected me.
Now I have to pick up the pieces before I die.

I’ve spent the last five months trying to find the bastard who did this. Yet, even with the help of a hot amnesiac vampire named Jude, I’ve had zero luck.

Until now. And it could change everything. Even though I grew up in a family that hunted the supernatural, there were still things I didn’t believe in.

Now I have to hurry for the slim chance that I could save us all. Because when you fight against immortal vampires, you’re the one who’s running out of time.

They say that the new trend is realistic fiction, that vampires are dead.  Um, actually, they’re undead. *cue cymbal crash*  No, in all seriousness, vampires come around for some bloody fun in Damned if I Do by Erin Hayes.

Edie Harker is a vampire slayer with a huge chip on her shoulder and a massive supernatural infection running through her veins.  She never asked to be The Harker, but the day her sister was murdered, the job came to her.  Edie wears a tough attitude and a sarcastic sense of humor as a suit of armor.  Underneath it, though, is a girl who loves her family and is ready to die or kill for them.

Enter Jude, the hot amnesiac vampire.  His past may be dark and uncertain, but he is unwavering in his loyalty–maybe even love–for the girl who tends to kill his kind.

This was a lively novel with zingy dialogue and appealing characters.  It’s the first book in the Harker trilogy and, let me tell you when you get to the last page of this one, you’ll be ready to hop right into the second.  Strap on your seatbelt; the ride is just getting started!

Excerpt
My vampy sense tingles again, alerting me to the presence of a familiar vampire behind me. I groan on the inside and flick my cigarette into the fire.
“Really?” I ask, half playfully, half in a bad mood.
I’m still wired from my fight with the other vampires and seeing Meghan, so I can use the excuse to pummel him a few times.
I spin on him, throwing punches in a halfhearted warning. My right shoulder aches with the movement.
As usual, whenever I do this, he matches each of my movements with the same intensity.
We spar for a bit, Harker against vampire, before he pins me against the wall, pressing his strong body against mine.
“You’re chipper tonight, Harker,” he tells me, a cheeky grin pulling at his lips. He raises an amused, pierced eyebrow.
I roll my eyes at him and push him off me, trying to hide the blush from my cheeks. He was so close to me, I feel a bit too intimate with him at the moment. I turn my attention back to the mini-bonfire. Yes, he’s a vampire, but I’ve known him for five months now and I know he won’t hurt me.
“Pissed off doesn’t look good on you,” he tells me.
“I’m always kind of pissed off these days, Jude.”
“What, my lead wasn’t good?” he asks.
“That’s what remains of them. In there.” I nod to the dumpster, then I gesture to the college student still passed out against the wall. “They were having hemoglobin a la carte. And, no, I didn’t get any information from either of them. They would rather die or do something stupid before they would ever want to help me.”
Jude curses under his breath. “Next time, Harker. You’ll get something next time.”
I let out a shuddering breath. “You’ve been saying that for the past five months, Jude. It’s not going to fucking happen. Anthony is like Bigfoot, except he hides better. I won’t ever get to him in time.”
Because I’m dying and my expiration date is coming up.
“You’ll figure something out, Harker.”
“Not soon enough.”
Jude grabs my shoulder and I look back at him in surprise. “Yes. You. Will,” he says, punctuating each word. His blue-eyed gaze keeps me rooted to my spot, even though I try to shrug off his empty promises.
It’s hard though. Jude isn’t someone you can “shrug off,” no matter how hard you try. I’m not one to go for bloodsuckers, but Jude is possibly the best specimen of vampire or human to ever walk the Earth. When they warn girls about bad boys, they have someone like Jude in mind.
About the Author
Sci-fi junkie, video game nerd, and wannabe manga artist Erin Hayes writes a lot of things. Sometimes she writes books, like the fantasy mystery novel Death is but a Dream, the sci-fi middle grade book Jacob Smith is Incredibly Average, and the Her Wolf paranormal series.

She works as an advertising copywriter during the day, and she moonlights as an author. She has lived in New Zealand, Texas, and now in Birmingham, Alabama with her husband, cat, and a growing collection of geek paraphernalia.

You can reach her at erinhayesbooks@gmail.com and she’ll be happy to chat. Especially if you want to debate Star Wars.

1 thought on “Release Day: Damned if I Do by Erin Hayes”