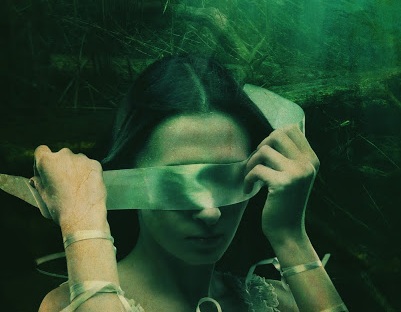 Immersed is released on Amazon today! I am soooo freaking excited about this novella.  I struggled like hell to write it, and struggled even more to describe it.  But, in the end, I think Melusine and Levi were fun to bring to life.

And get this: you can read it for less than anything you can get at the dollar store!  99 cents, people.  So while it may not be for every reader (you kind of have to like weirdness), it is for every budget. 😉  BUY IT HERE

What if love turned you into a monster?

Forget petticoats and demure female behavior. Melusine Doré prefers armored corsets and knives and slays evil creatures for a living. The grim and gruesome don’t frighten her; she’ll take on a cyclops or a dragon and not even break a sweat.  But when her rival, the charismatic Levi Cannon, comes to town, all her buried fears begin to surface.  Melusine realizes she is in danger of something much more horrifying than facing blood-thirsty beasts – she’s in danger of falling in love.  Because love alone has the power to reveal a secret terrible enough to completely shatter her world.

Set in the muddy streets of 1850s steampunk Chicago, Immersed is a stand-alone novella, but the first in a series of adventures that follow Melusine on her quest to rid the world of monsters…and her struggle to come to terms with every monstrous facet of herself.

From Chapter One
LEVI CANNON BACK IN CHICAGO. NO NEED TO FEAR THE BOGEYMAN shouted the headline of the newspaper spread out on Melusine’s dresser.  A skilled drawing of Mr. Levi Cannon stepping on a monster with one giant eye was directly underneath the headline.  Below that was a quote that made Melusine fume:  “Miss Melusine Doré is now free to learn flower arrangement and make social calls.  There is a man in town to do a man’s job.  I promise you all that the beast found hunting here will be gone in a matter of days.  Unlike Miss Doré, I do not take precious time to see if a monster has a heart of gold or not.  It’s a monster, after all, and if its heart happens to be gold, well then, I shall rip it out and sell it for a fortune.”

Grabbing her fountain pen, Melusine inked warts onto Levi’s nose and cheeks, and filled in the area between his eyebrows.  She gazed down at his lifeless face and grunted.  Warts and all, Levi Cannon still looked good.  Too good.

Once a year or so Levi would come into town, challenging Melusine, leaving a trail of dead monsters and smitten women in his wake.  But she never rose to his dares and instead stayed out of sight until he left.

He was too dangerous, for so many reasons.